Episode 64 | How MatchaBar, Drake, and Ansel Elgort Broke the Internet 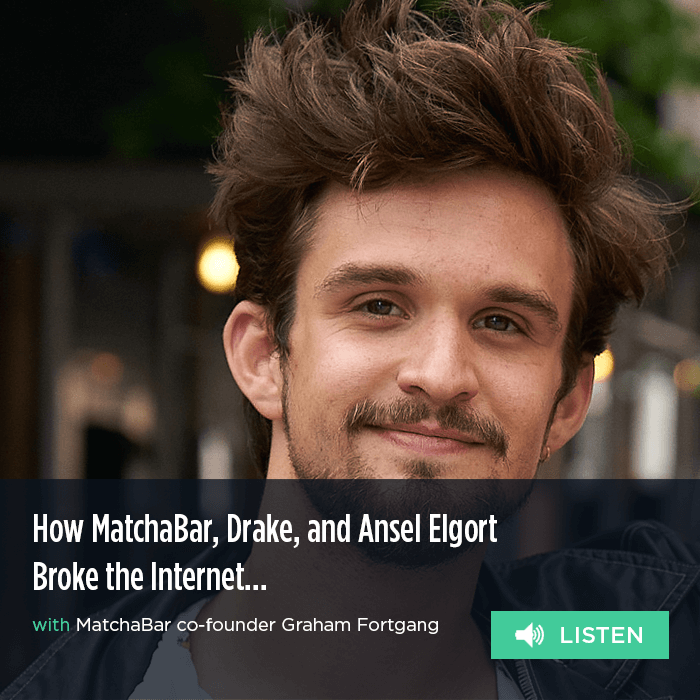 For those not yet in the know, matcha is a fine powder made from stone ground green tea leaves. On the show this week this week is Matcha expert and evangelist Graham Fortgang, the co-founder of MatchaBar.

MatchaBar provides sustained energy and focus via their energy drink Hustle, which is made from ceremonial-grade Matcha.

MatchaBar started as these incredibly popular cafes in Brooklyn, and now they’re poised to take over the energy market. And the brand has this really interesting dual personality going on. Sure, they’re modern, cool, and innovative, yet they also have this fascinating ancient heritage. The matcha ceremony dates back to 13th Century Japan, and was performed both by Samurai warriors and Buddhist monks for focus and energy.

In the interview, Graham goes deep on one of the most innovative launches we’ve seen in a while – “Gift the Hustle,” their partnership with Whole Foods, Facebook Messenger, and celebrity influencers like Diplo and Ansel Elgort that resulted in more than 300 million impressions and countless cans of Hustle gifted.

Graham talks about all this, plus why experiential and guerilla marketing is the heart of their brand strategy.