Episode 35 | How to Build a Game Changing Brand through Honesty, with the Honest Company’s Christopher Gavigan

Episode 35 | How to Build a Game Changing Brand through Honesty

with the Honest Company’s Christopher Gavigan 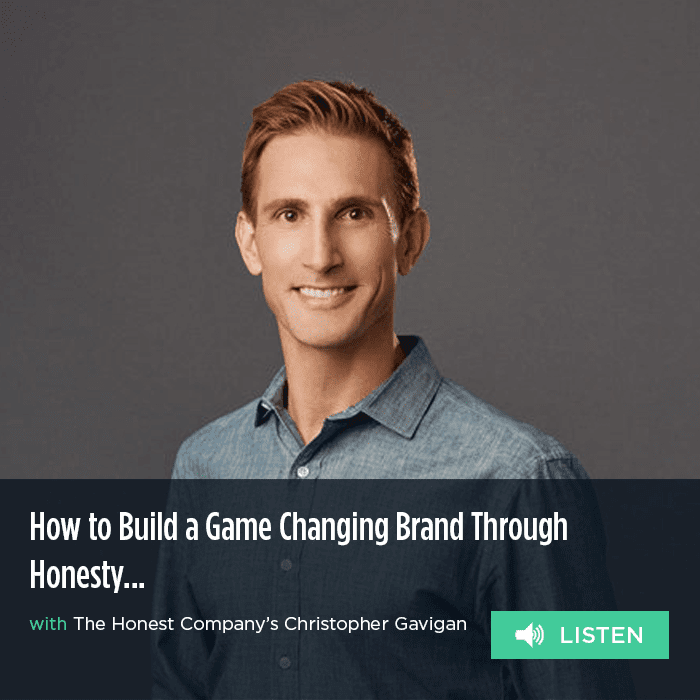 We’re back with another culture-focused episode. This time we bring you a conversation with Honest Company co-founder and CPO (that’s Chief Purpose Officer) Christopher Gavigan.

Believe it or not, Christopher doesn’t run a CPG brand.

That’s because the energetic co-founder considers Honest – the makers of beautifully designed, environmentally friendly, and unquestionably safe household products for parents and kids – to be a “portfolio of trust” rather than a typical consumer goods label.

Nomenclature aside, there’s no denying that the company has experienced an astounding trajectory.

Christopher and partners Jessica Alba and Brian Lee launched the company in in  2011 with just 17 products that were all geared toward the young mother. Today, the company sells more than 100 products covering all aspects of the home – all of which are free from toxic ingredients and harsh chemicals.

Meanwhile, the company grew from three employees to more than 500 in less than four years. Christopher talked to us about what this rocket ship ride has been like, and how they’ve managed to scale so quickly without compromising their culture or core values.

Note – this interview was conducted by SnackNation CEO Sean Kelly and originally aired in 2015.