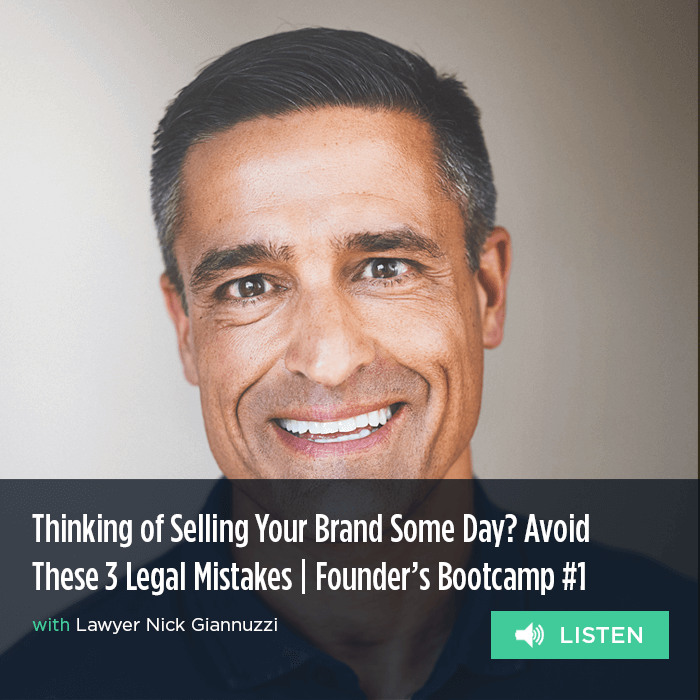 Welcome to the first episode in our Founder’s Bootcamp series – a conversation with CPG super lawyer Nick Giannuzzi.

We obviously talk to a lot of founders on this show, and many of our guests have cited one lawayer as a major influence, mentor, and partner – someone who helped show them the way to CPG success. That someone is Nick Giannuzzi

In fact, the L word – LEGEND – has been thrown around in reference to Nick. In 2017, Forbes named him a “top consumer industry dealmaker and influencer,” and he’s worked with everyone from RXBAR, to Siggi’s, to Glaceau Vitamin Water. (Oh and by the way, he helped negotiate the deals that turned Vitamin Water into a $4B success story.)

We spoke to Nick about the biggest legal mistakes that early stage brands need to avoid at all costs, his advice on fundraising, and his predictions for the M&A landscape.

Here’s episode 1 of our founder bootcamp series – and it’s all about positioning your brand for a successful exit.