Episode 68 | How Soylent is Tackling Some of Society’s Biggest Challenges, with Soylent CEO Bryan Crowley

Episode 68 | How Soylent is Tackling Some of Society’s Biggest Challenges, 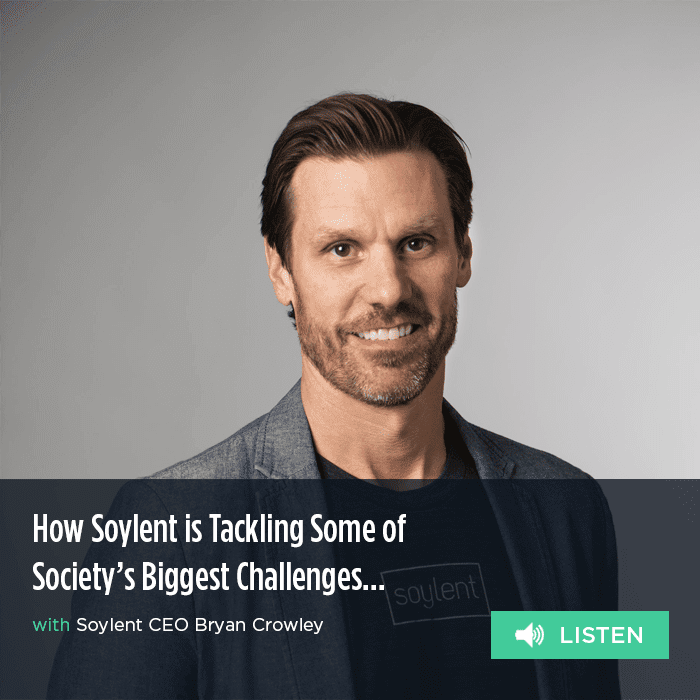 This week on Brand Builder our guest is Bryan Crowley, the CEO of Soylent.

Founded in 2013, the Los Angeles-based company garnered a ton of early attention by bringing a futuristic, Silicon Valley-style approach to food and nutrition.

Because of all this early press, Soylent is a brand that people think they understand… but we’d argue really don’t.

Today Soylent’s focus – and appeal – has certainly widened, and their growth is undeniable. They’re up to 55 employees, and this year alone they’ve grossed $15M in sales just on Amazon. A recently inked Kroger deal now has them in more than 1,850 stores, and more than 10,000 retail locations altogether.

But that’s still just part of the story. We love Bryan and the Soylent team for their big picture ideas. They are tackling some of the biggest challenges facing not just our food system, but our planet and society.

We talked to Bryan about sustainability, food voids, and the company’s unabashed PRO GMO stance. Bryan also spoke to us extensively about Soylent’s fascinating company culture – and it’s so good that we’re releasing that part of the interview this Thursday as part of our ongoing Culture Builder series.