Episode 50 | How to Coach Your Company to Win Championships, with Comparably CEO Jason Nazar

Episode 50 | How to Coach Your Company to Win Championships 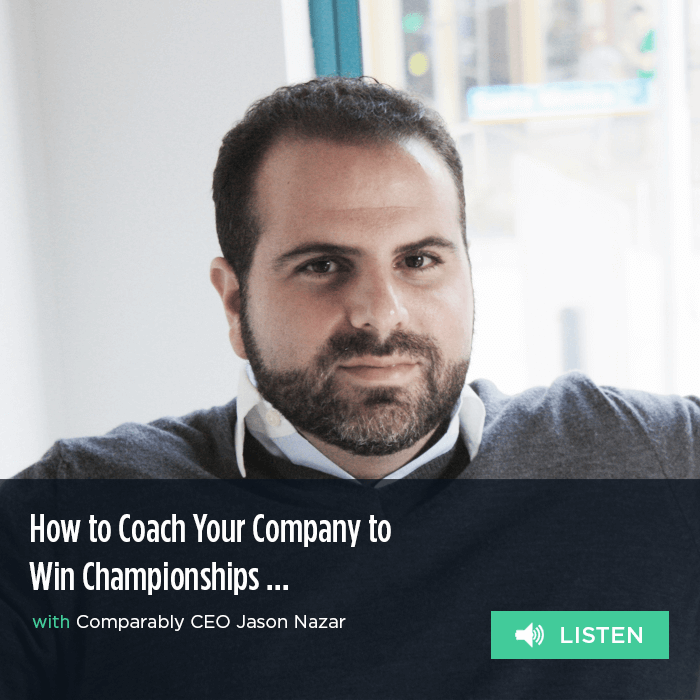 For our 50th episode, we have a classic conversation with Jason Nazar, an incredibly accomplished entrepreneur and Culture Builder extraordinaire.

Jason is the founder and former CEO of DocStoc (which was acquired by Intuit), and he’s also a board member and advisor for some impressive companies. We’re talking  Wondery, The Bouqs, and StackCommerce to name but a few. Today Jason is the co-founder and CEO at Comparably, a company culture data platform.

Suffice to say, Jason has a ton of first-hand knowledge about building teams from the ground up, and he shares that in this long form interview with SnackNation CEO Sean Kelly. Jason also describes his first foray into entrepreneurship at age seven, explains why he did a 180 on the importance of culture, and reveals the three hiring rules that helped him build teams that win championships.