Episode 77 | Why ROAR Wants to Be the Lululemon of Beverages, with ROAR Beverages Founder & CEO Roly Nesi

Episode 77 | Why ROAR Wants to Be the Lululemon of Beverages, 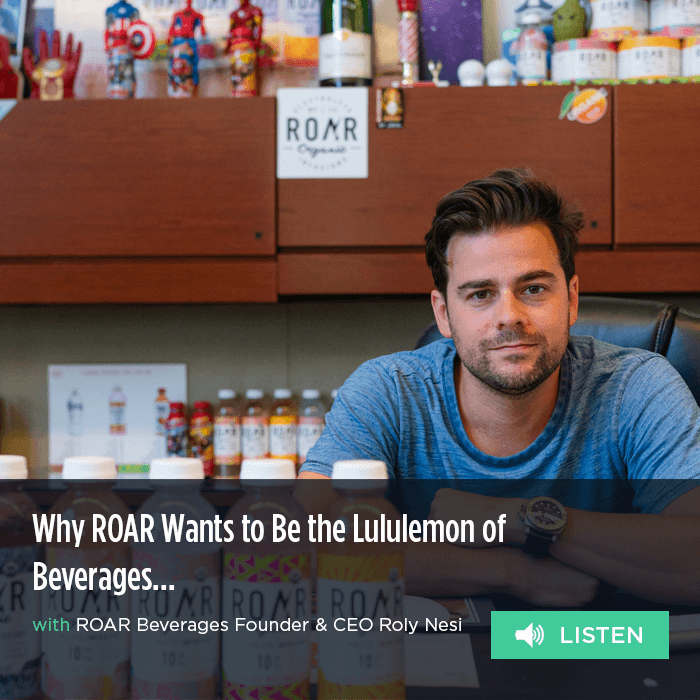 This week on Brand Builder, you’re going to hear us roar.

Well… ok, you’re going to hear from ROAR Organic CEO & President Roly Nesi. And he’s got a lot to say.

ROAR is an organic electrolyte infusion drink that is making a huge splash. ROAR started as a side project, but early velocity made its founders realize that they had a hit on their hands. Less than a year and a half since launching, the brand can be found in more than 6,000 retail doors, including COSTCO, Target, Kroger, and Whole Foods.

The words “electrolyte” and “beverage” usually bring to mind one, maybe two isotonic beverage brands – the ones that have dominated the category for decades.

But ROAR’s success suggests that it might be time for a changing of the guard. ROAR offers something different – a bold, healthy, alternative to the sugary, artiﬁcial, traditional isotonic beverages available today.

They’re targeting a totally different consumer. If their brand were an item of sportswear, Roly says they’re more like a pair of Lululemon yoga pants than a varsity jacket.

So how do you unseat the dominant players in the category? By carving out a new one. Roly breaks down their decision NOT to take on the category leaders on their home turf, but to change the game altogether. We talked to Roly about the biggest challenges facing ROAR, and the ambitious vision that motivates them.